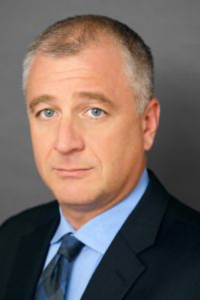 Prior to being a Founding Member of Kent Recovery Services, Mr. Fair played an integral role in creating the class action recovery industry through his work at Class Action Refund, LLC, which he joined in December of 2005, after having been outside counsel for the company. Mr. Fair was instrumental in developing sound research methodologies and systems for identifying and evaluating new cases. Additionally, Mr. Fair was integrally involved with all aspects of the business including operations, processing and most notably, sales. In March of 2010, Mr. Fair was appointed Chief Operating Officer, overseeing all corporate activities. Mr. Fair has worked diligently at creating positive, rewarding relationships with major claims administrators and various class plaintiffs’ attorneys to ensure smooth transactions for our clients.

Mr. Fair began his career in 1988 with Citibank/Citigroup where he worked for 12 years, ultimately becoming a Vice President, working in retail banking, bank operations and product development. He also worked for several years at Mellon Investor Services (now BONY Mellon) as a Relationship Manager for MetLife. As an Adjunct Professor in Business at Mercy College for many years he taught graduate level classes in bank operations and international finance.