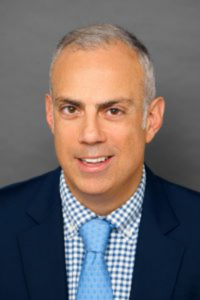 Leonard E. Veneziano, is the co-founder and Managing Director of Kent Recovery Services (Kent). Mr. Veneziano started the firm in 2015 after 11 years as a partner at Class Action Refund, LLC. While at CAR, Mr. Veneziano primarily focused on handling the firm’s most complex cases, servicing several Fortune 100 companies around the world including BP, The Procter & Gamble Company, Baxter HealthCare, and Novartis Corporation to name a few. Mr. Veneziano demonstrates exceptional sales and leadership skills and has spearheaded several critical projects. In 2006, Mr. Veneziano was named Project Manager for the Iowa Indirect Vitamins Settlement and recovered nearly 3 million dollars for a group of farmers in rural Iowa. Mr. Veneziano and his team worked tirelessly to maximize the returns for these farmers which was made more difficult by the fact that they had no purchase data. In this instance, Mr. Veneziano contacted various suppliers and was able to obtain relevant records directly from their suppliers that had the information stored, but only in tonnage. Mr. Veneziano then hired two experts from Iowa to interpret the data and convert the tonnage into dollars. As a result, substantial recoveries were made for a group of claimants that otherwise would have received nothing.

Mr. Veneziano also had tremendous success in the Marine Hose Cartel matter in Europe. He traveled to several conventions in the U.S., and abroad to better educate himself about the oil industry as a whole. As a result, Mr. Veneziano contacted several oil & gas companies that had originally thought their claims were worthless. Through a proprietary database that he was able to discover through his own research, Mr. Veneziano was able to provide details about particular offshore projects to help complex companies navigate internally to uncover where and how much marine hose was purchased. As a result, several seven-figure claims were created for clients that would have otherwise not participated at all. Some of Mr. Veneziano’s clients include Spain’s largest oil Company – Repsol YPF, Nexen Petroleum, BP America, Inc., ADMA-OPCO, a subsidiary of ADNOC; (Dubai’s state-owned oil company) and E.N.I. S.p.A. (Italy’s state-owned oil company). Mr. Veneziano was also able to recover several million dollars for his clients in the TFT-LCD Indirect Purchaser Settlement, many of whom were unaware that they could use credible estimates to make a claim. Through Mr. Veneziano’s intimate understanding of the process, he was able to secure recoveries for 100’s of clients that he represented. As a Member of the Turnaround Management Association (TMA), Mr. Veneziano works diligently to identify restitution opportunities for distressed companies, portfolio managers, bankruptcy trustees, attorneys, and private equity firms that otherwise would go unnoticed. Mr. Veneziano has recovered several million dollars for his TMA clients and many of them turn to him for advice on how to maximize recoveries in these situations. Mr. Veneziano resides in White Plains, NY with his daughter. He also enjoys playing tennis, ice hockey, snowboarding, and a collector of fine wine.